You are here: Surroundings / Castles / Berwartstein 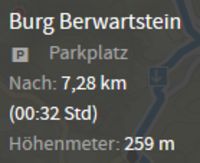 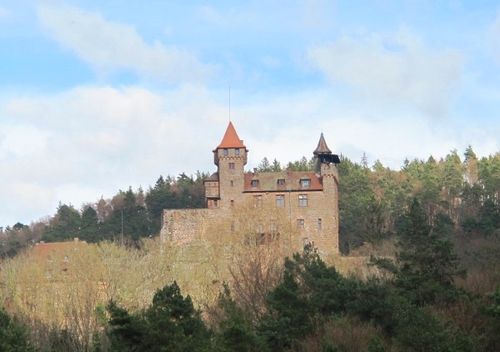 Berwartstein was first mentioned in documents in 1152 and is one of the most powerful rock castles of the region. It is the only castle in the Wasgau, which was developed and is still inhabited. When entering duty Burg guide the visitor through numerous areas. Here you get to see, among other things, the castle kitchen and the torture, weapons and fountain chamber. A batted into the rock well shaft of 104 meters depth allows visitors to guess quickly what the builders had to do at that time. After passing the beautiful castle garden, leads to the underground passages, whose visit by candlelight is very adventurous. Well known in the history of Marshal Hans von Trotha, was further fortified and expanded under whose rule the castle. Located in the historic Knight's Hall is the castle restaurant, which can also be visited without castle tour. Also can be stayed at the castle. Who is in the Wasgau, should take time to visit the robber barons Berwartstein under any circumstances. 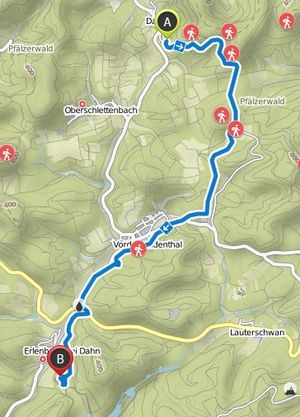